Everything! Well, mostly. I love big novels, especially historical fiction about World War II or epic family sagas. I love books about other cultures and countries and times, even those that don't exist. You'll see current fiction and classics on my bookshelf as well as some magical realism, mysteries, romance, horror, biography and memoir. I like a good story with characters that linger long after the last page is turned. I also love audiobooks and listen while I'm walking, driving, digging in my yard, and cleaning house.

Some of My Favorites

I hope you enjoy reading some of my favorites! Thoughts and recommendations, feel free to email me at melanie.edens@gccaz.edu. 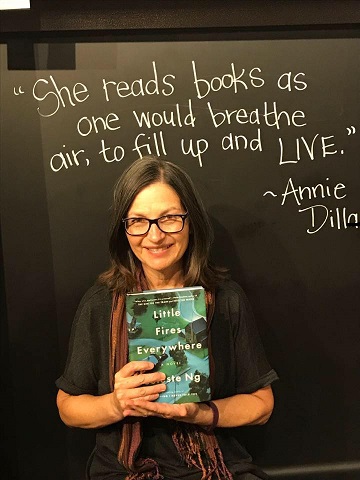