Questions regarding your account, circulation policies, fines, and renewing materials.

Call, email, or chat with a librarian if you need assistance with your research.  Check the hours of the reference desk.  Chat is available 24/7.

Who Is Eligible to Vote?

To register to vote you must meet the following simple requirements:

A Guide to Voter Rights in Arizona-

If you are having trouble logging in to the Service Arizona website, you can print off a Voter Registration Form (PDF) and fill it out with your new information. After you finish, mail the completed form to your County Recorder’s office and your information will be processed.

After you have successfully registered to vote you will receive a voter registration card in the mail within 4-6 weeks.

From Arizona Secretary of State

Created by the Secretary of State's Office, here you can confirm your registration is ACTIVE, check your address and party affiliation, request a Ballot-by-Mail, and check the status of your Ballot-by-Mail. 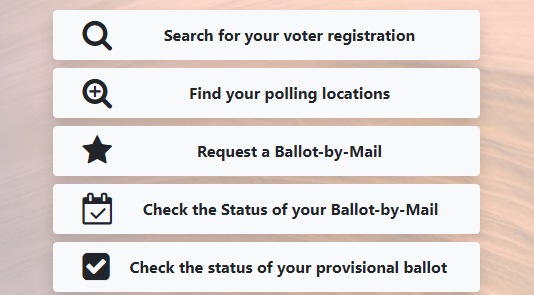 Sign up with the Maricopa County Recorder's Office to receive text and/or email alerts. 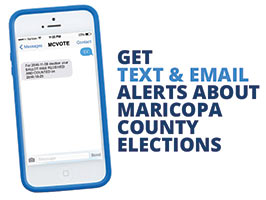 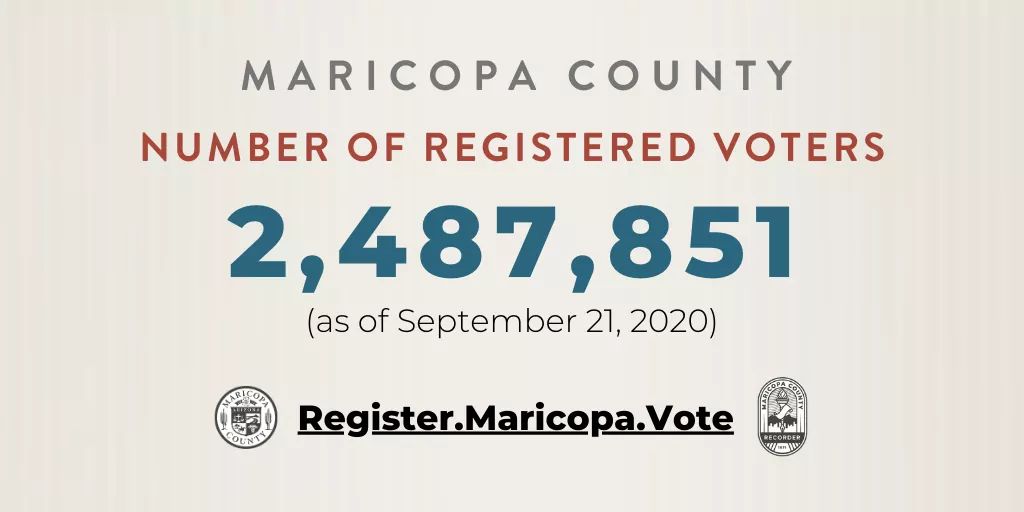 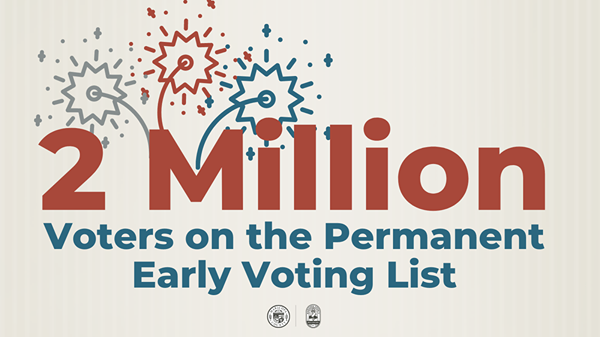 How Do You Vote?

There are three ways that you can vote in the state of Arizona:

Absentee voting allows you to vote by mail. There are certain rules and processes that each state follows as to who can participate.

If you know that you qualify to receive an absentee ballot, you can request to have it sent to you by mail.

Who Votes in Arizona?

Although these stats are from 2015, Arizona has a low percentage of college-age voters. Your vote is important!

Historically in the United States, voting has been limited to a select few. At the beginning of the nation, this only included white male property owners and then later left voting rights to the individual states where many imposed restrictions based on property, race, gender, and even religion. During Reconstruction, the 15th Amendment gave black citizens the right to vote; however, following the end of Reconstruction, many states reimposed restrictions such as poll taxes and literacy tests (which were nearly impossible for anyone to pass) that were given at the discretion of the poll worker,s leading to wide-spread disenfranchisement of minority and poor voters. Intimidation and violence also impeded the right to vote for many citizens. After decades of marches and collective action, the 19th Amendment granted women the right to vote in 1920, but this largely did not extend to women of color. The Civil Rights movement lead to the passage of the Voting Rights Act of 1965, extending rights to all citizens over the age of 18. Unfortunately, many barriers such as gerrymandering of districts and various state restrictions on restoring voting rights to released felons still exist today. Exercising your right to vote honors all who have fought for that right.

All guides are available under the CC-BY-NC-SA license.